On April 19, Wizman landed in California USA from Dalifornia China. Meanwhile, the 420 Party in North America was in full swing. The highly anticipated HIGH TIMES Cannabis Cup officially began on April 21, also Wizman was the exhibitor for 2017 this time and display most of the cannabis related products and art-works at the Cup. We had prepared all the details and works in a long time, just to make everything perfect and chil. For Wizman is not only a brand, but also on behalf the spirit of the oriental green soul.

* HIGH TIMES CUP: An annual cannabis event , one of the best cannabis festival in the world which is created by the world-famous Hightimes magazine. This is a comprehensive trade fair for cannabis, which includes contests, lectures, exhibitions, celebrity events, live performances and product displays,etc.

High Times Cup is not just a conventional exhibition or gathering. It has super large flow of people which up to a hundred thousand, far more than an regular concert. This year, the live-show stage also ushered in the Damian Marley, Chief Keef, Nas, Wu - Tang Clan and other amazing artists!

This year was a milestone for 420! Because Wizman went to the North America with the pride of the oriental stoners. At the cup, we had a deep communication with numbers of the celebrities of weed and the green-lovers, and our product feedbacks had received countless "AMAZING". Most of the people in American did not know about that China had such amazing smoking art work!!! Wizman rocked the Cup!!!

High Times DJ had his own buds to test Dabliss

A guy who seal e-rig with the car engine

The Wiz pillow shooting by the green-lovers

(All hand-made by hemp in Dalifornia China)

Even got some dudes wanna brought our

The artist of High Times main stage @most high

send his son our wizman skateboard as a gift to his son.

Such a sweet Dad!!! Nice choice!

The portable e-nail is the most needed tools for Dab enthusiasts.

Never too old to smoke weed!!

Zeus, the host of @Stoned Gamer

*Stoned Gamer: The U.S.A largest video games competition that play the video-games after smoking or dabbing or any other ways that the players should be stoned af, which holds parties or tour every month. The director Zenus himself is also the host of "MERRY JANE", a show that owned by Snoopy Dogg.

Zenus shoot for the programme--《MERRY JANE》

Dabbing also can puff puff pass only in our Dabliss

after the end of the cup

We hit it off instantly after the cup with STONED GAMER,

as the prize to the champion

Our "The Oriental Stoner" TEE has also been well received, and has become one of the most popular works with series of Compendium of Materia Medica in Wizman booth. This Tee was crossover designed by five China's domestic green cultural organization. They are Wizman, Love Dali, Air force XiXia, Weed Town and Herbal Research Group, which made by 100heartbeatsclub designer--nono, intended to promote the revival of the Oriental green culture of unity and cooperation.

This trip to California has been rewarding, and we really enjoy the sphere here. The streets, the sun, the telegraph poles, the plants on the roadside, the things all exist in their own different ways, without any sense of violation. The green freedom we dream of is true here, too.

We still on the way to legalize green in China. Despite all the risks and misunderstandings, we believe that one day East Asian green will revive, freedom and love will has no more borders. Such a beautiful dream and we will never stop to make it happen.

To all the stoners who bears a baked heart 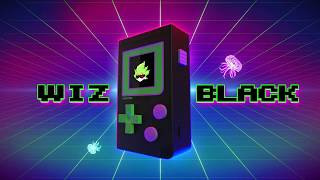 To all the stoners who bears a baked heart